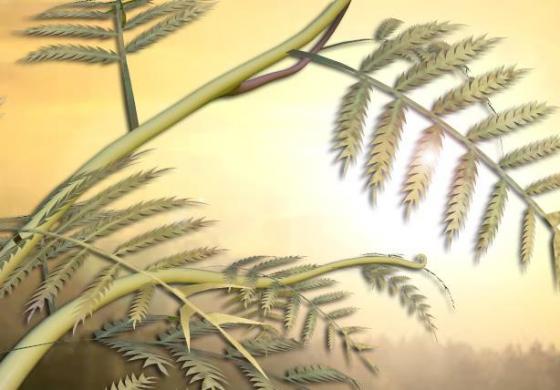 We live off sunlight which gives both life and life-giving conditions to our planet. Scientists are constantly relearning how what they know about life processes like photosynthesis can be a new and revolutionary way for powering our energy needs as well.

Traditional Solar Photovoltaic cells and current tech for harvesting solar energy have a limited efficiency ratio for converting sunlight into energy at 17 percent at best because of mechanical energy loss using crude devices based on basic physics.

After research revealed that plants may actually work photosynthesis on a quantum level rather than the previously understood biochemical reactions, Scientists are studying and testing quantum photosynthesis to figure out a way to replicate and adapt the process to better technology and have that spin off new ways for designing quantum energy devices.

A team from the University of Cambridge in England set up research for the simplest model they could put together.  An initial prototype of two "donor" molecules to emit electrons after absorbing photons, and an "acceptor" molecule that receives the electrons given off by the donor molecules. The donor molecules will create electromagnetic fields which align with a similar field generator across a distance; the way magnets align to each other as if they 'see' where to pair off.

As electrons are shared between the fields generated, we get quantum interference—a phenomenon where atomic particles such as electrons can behave like the waves seen rippling on the surfaces of ponds, interfering with each other in complex ways.

Quantum interference leads the donor molecules increased efficiency at absorbing light with minimal energy loss because electrons do not recombine in the system but 'float'. This prototype can create 35 percent more power than a solar cell that works based on classical physics alone.  The researchers are still making a first crack at studying a highly evolved energy system like photosynthesis and are excited to be studying the process via quantum processes to find adaptable systems to technology.

In another related research trying to understand the quantum photosynthesis mechanism of plants, it was discovered that energy transfer in light-harvesting is enhanced by specific vibrational motions of the chromophores.

Alexanda Olaya-Castro (UCL Physics & Astronomy), supervisor and co-author of the research, revealed that biomolecular vibrations create a flux ( similar to the electromagnetic fields in the earlier mentioned model ) where efficient energy exchange occurs within the plant\'s chromophores. Continued study of the vibrational dynamics' in these processes could provide other biological prototypes for simulation.

Even in Germany, physicists at Heidelberg University have simulated key processes of photosynthesis on a quantum level. The team of Prof. Dr. Matthias Weidemüller and Dr. Shannon Whitlock discovered new properties of energy transport in their photosynthesis research. As always, the efficiency of energy conversion in synthetic systems, like future versions of photovoltaics is the payoff for such research and the use of the quantum models developed for prototyping any other research.

In the German research, the initial absorption of light in membrane proteins reveals that the energy is transported to a molecular reaction core using cell structures called nano-antenna. In the reaction core the light energy is processed into chemical energy. “This process is nearly 100 per cent efficient.” says Prof. Weidemüller.

Understanding of the process will underline how it really works and how the energy is not transferred to one atom but is distributed over many atoms at the same time, explained the research team.

Another research group led by Niek van Hulst developed a pioneering experiment. Energy transfer in photosynthesis is extremely fast at a molecular scale. To observe these processes the team rigged ultrafast spectroscopy techniques to get shots at single-molecule limit (the slowest time lapse they could configure). With these "snapshots" the researchers were able to understand visually how solar energy is transported through single protein molecules.

It looks like solar power will surpass the current 22 percent max efficiency in Photovoltaic power conversion not too long from now. Expect everyone going Off the Grid if mass production of affordable solar energy solutions bleed off this revolutionary re-understanding of a science we all thought worked just like biomolecular chemistry but is so much more so.