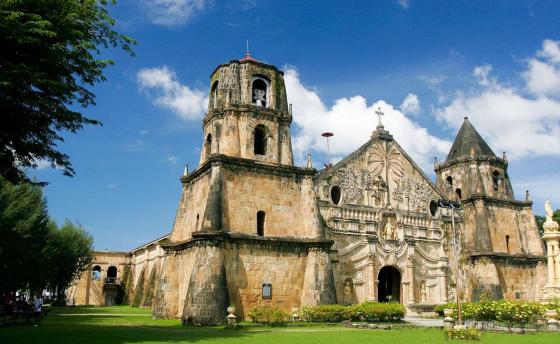 The Philippines is home to many Spanish colonial churches that were built many centuries ago. There are four Baroque churches in the Philippines that were recognized by the United Nations Educational, Scientific, and Cultural Organization (UNESCO) as World Heritage Sites built between the 16th and 18th centuries during the Spanish occupation in the country.
The Baroque churches are made either of tuff, coralline limestone, or brick, which is then mixed with lime. They illustrate the distinctive architectural style and elegant European Baroque design, as interpreted by the Chinese and Filipino artists. Located in different parts of the country, these churches were built according to the physical conditions of the area using local construction materials and decorative motifs.
The four Baroque churches in the Philippines are the Church of the Immaculate Conception of San Agustin in Intramuros, Manila, the Church of Nuestra Señora de la Asuncion in Santa Maria, Ilocos Sur¸ the Church of Santo Tomas de Villanueva in Miag-ao, Iloilo, and the Church of San Agustín in Paoay, Ilocos Norte.
The Church of the Immaculate Conception of San Agustin exhibits altars in extraordinary Baroque style and wall buttresses separating crypto collateral chapels. The fusion of European and Baroque styles is seen in ceiling paintings in the tromp l’oeil style as well as on the bell tower that are connected to the main church structure.
The Church of Nuestra Señora de la Asuncion differs from the traditional churches in the country. While most of the town churches are built on the central plaza, the Nuestra Señora de la Asuncion convent sits on a hill bordered by a defensive wall. The combination of Baroque and European styles in the Church of Nuestra Señora de la Asuncion is seen on its bell tower that is detached from the main church.
Situated at the highest spot in Miag-ao, Iloilo, the Church of Santo Tomas de Villanueva is the best surviving example of 'Fortress Baroque'. Its towers served as vantage point against Muslim raids.
The Church of San Agustin also known as Paoay Church exhibits volutes of buttresses and pyramidal finials of wall facades.
The churches are currently protected by virtue of RA 10066, also called the National Heritage Law, and RA 10086, otherwise known as National Historical Commission of the Philippines Law. These laws ensure the appropriate protection, safeguarding, management, conservation, and use of these churches as religious edifices, as National Cultural Treasures, as National Historical Landmarks, and as World Heritage properties. 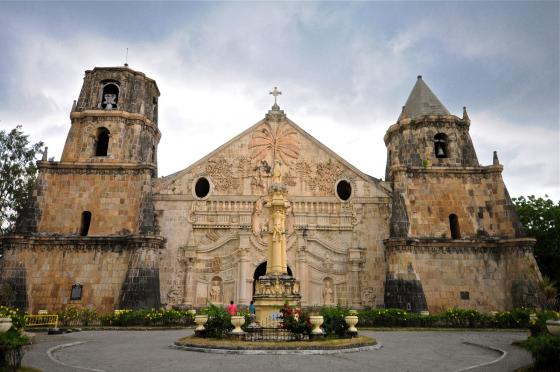