A Beginner's Guide: An Interview with Jorge Goittia, expert consultant of Firebird Farms 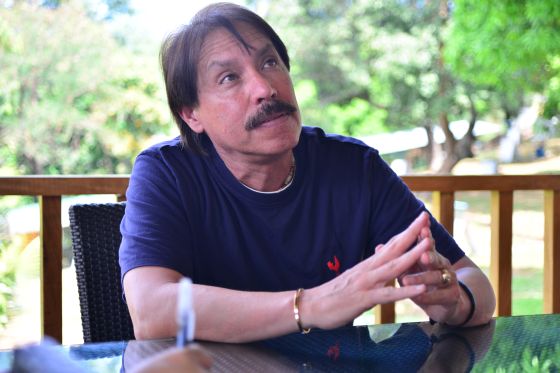 Mr. Jorge Goittia is a licensed veterinarian (UP Los Banos) who assists Sir Biboy Enriquez at Firebird Farms with gamefowl breeding, keep conditioning and broodstock health.  Both have been close friends for a long time now.  REACH magazine's second visit to Firebird Farms allowed us a chance to interview Mr. Goy to give us a primer on what the sport of gamefowl is all about to him as a kid growing up here and falling in love with fighting roosters....
Mr. Goittia also gave us a clearer picture of what the sport is all about.

REACH:  How do gamefowl get their names?

Goy:  In the U.S. when a gamefowl breeder can breed a bloodline for 10 years and have it compete consistently at the top level, he can name his chickens after himself or any monicker he wants.  Which is why Carol Nesmith named his crosses Sweaters, why Johnny Kelso named his roosters after himself, and why he named the Radio too like he did.
REACH:  How did you get into the sport?

Goy:   I was already in love with roosters after watching them fight like crazy at the pit once.  o, the next time my mom went to the town market I brought my meager savings and bought a rooster and a hen out of what I could find sold by the farmers selling their broodstock.

My dad looked at my strange purchases and shook his head, saying "Son, if you want get into gamefowl, you should get the best stock you can buy."  So we went out, dad and I and bought a North Carolina Blue trio.   One cock and 2 hens is called by gamefowl breeders as a TRIO.  While one cock and 4 hens are called a YARD. 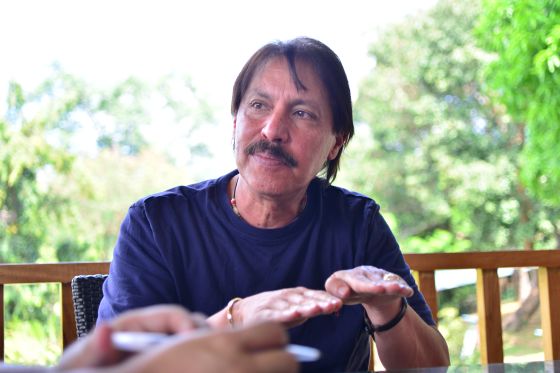 Goy:  I enrolled into veterinary medicine because of my love for fighting roosters.  I spent 13 and a half years helping gamefowl breeders with their stock.  Before I migrated to the U.S. I was the local verterinarian who maintained a lot of gamefowl for several stalwarts in the sport of gamefowl , from the Botes, to Biboy Enriquez, to Mrs Silverio.  I was in the States for a good 15 years.  Spending all that time in the Copper State, Arizona.  Biboy saw my picture and called me to come home he said he would sponsor me to help his farm Firebird.  This was around 1996.  It has since become the national Sport of the Country
REACH:  Can you describe how each gamefowl fighting style?
Goy:  Unwritten Rule in gamefowl: if you breed a bloodline for 10 years or more, you could give it your name if it has consistent uniformity.  Sweater loved gameness, and chose to breed roosters that didn't quit until its last breath and at that timte they would fight gaff. A gaff blade doesn't slash, instead the rooster pokes at the enemy with something like a nail. There was a Main pit and a Drag pit. If a fight extends past 2 minutes, the cocks would be  transferred to the drag pit.

Sweater loved infighting or close-up shuffling hits, a sweater would come in with their body and hit their enemy wth a swarming attack, because they were stronger and the angrier bird, they would overwhelm most of their matches by sheer gameness and infighting prowess. Sweaters have evolved since then, Carol Nesmith won 2 shows over there but he lost 1 to me.  (Smiles)  Sweaters fought with a more infighting style at that time, now they release flying attacks and are smarter fighters overall. You can train actually a rooster to fightduring conditioning...if every time it gets hit, if it can break it has a chance to counter attack.  Even if a Sweater gets hit, it can come back with infighting and win even against a strong opponent.
. 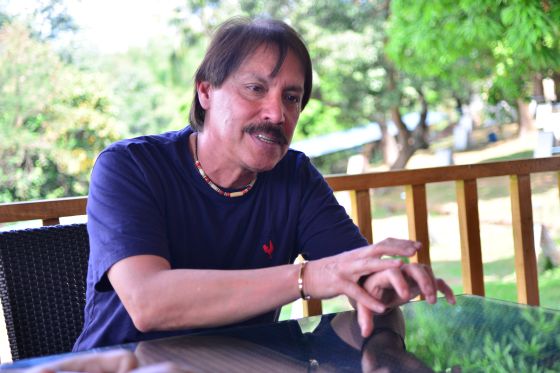 Goy:  Kelsos are very smart fighters, they weave, which throws off the timing of an attacking opponent and creates a blindside for the Kelso to counterattack and hit.  Kelsos are good slashers which is why they are popular here. When a rooster gets hit they're easier to tame because of offense-defense timing, and defensive fighting roosters break higher.

Actually, the rooster you pick reflects your personality, Hatch roosters just come in and attack like mad, and McClean bred them to fight that way.  Radios were also bred by Johnny Kelso, and they are heavy on Whitehackle blood, a very game old english fowl known for gameness and not quitting fights. Pyles and Clarets and Brown Reds are very fast roosters, but they throw a lot of kicks but don't really connect.  They tend to be hitting alll over the place and if they get close enough they pull off a win.  These are usually used for infusing, like a hack, into slow roosters.

Roundheads are like Kelsos, also smart fighters.  For bigger roosters, you must know how to condition them, if they have asian blood like the Asil.  American breeders have made taller gamefowl that are bettter cutters with infusions of Asian blood.

REACH:  At the recent World Slasher in Araneta what bloodlines performed well?
Goy:  There seems to be a cyclical winning tradition for gamefowl bloodlines that win big tournaments like the World Slasher.  Duke Hulsey and  Johnny Jumper's  Lemon won in the 70s.  Duke Hulsey won fighting with the Lemon 84 breed in 1972.  Then kelsos were brought in and started winning local big pit fights.  Then Kelso-Hatch crosses (Democrats).  Then the Mcraes.  As recent as 2007 and the next year, in 2008, Bulicks or Dominiques won.  In the years after that, the Sweaters dominated.  In 97 to 2005, the Dan Gray Roundhead won.  There is always a breed that peaks at just the right time  and evens the playing field.  Old kelsos are coming back.  Right now the playing field is Full Sweater, Kelso- Roundhead and  Sweater and McRae-Hatch crosses or the so called Vertical Sweater.  The Zamboanga Whites have also won.  For Firebird Gamefarms, our Kelso Whites are winning big.

REACH:  There are preferences for roosters with good station and conformation by some gamefowl breeders, while some breeders I've seen on sabong TV prefer ugly roosters that fight well.  Do looks matter in winning?

Goy:  If a rooster stands tall, it allows the gamefowl to hit faster as the feet swing to kick forward easier than a medium stationed cock which has to lift its body up to bring its blade to bear as it kicks out.  Taller roosters perform attacks easier.  There is a thing that the higher the tail the higher the flight of a rooster because the tail is like this there is a physical rudder to manuever while in flight.  Good looking roosters with balance and conformation, are  balanced the way they stand and hold their head so when they swing to hit, the motion is easier and it can attack more than a medium stationed rooster using the same motion to attack.  I just prefer good looking roosters over ugly ones.

REACH:  Can you describe the science of gaffs and knives used in gamefowl fighting?
Goy:  There are five types of gaffs and knives used as blades for gamefowl.  The Gaff no chance of getting at a the so the better roosters win.  The gaff is pointed like an icepick.  There is the slasher blade used in Asian pitfights.  The short knife which is popular in Mexico and South America.  And the Postina in Spain, where they fight with naked spurs.


REACH:  Thank you Goy for that very illuminating talk on gamefowl.  We hope to get you as a regular resource person for REACH's Gamefowl Circuit to help all the fans, hobbyists and gamefowl breeders learn more about the Philippines' national sport.  Awesome cutting, dudebro!
Goy:  Thanks too, and I like that...awesome cutting! 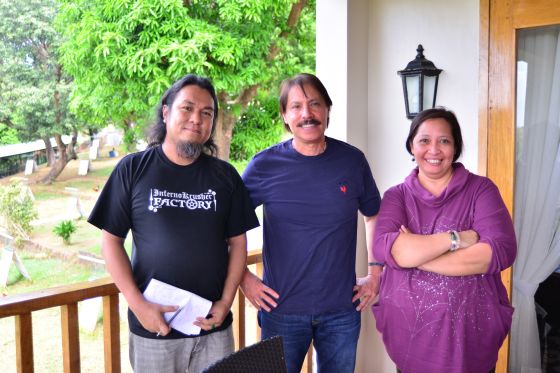