Why you should Switch your Desktop to Ubuntu Yesterday

June 9, 2014       Tech Buzz
Why Choose Ubuntu?
Whether you are a just a home user or even a gamer, or venturing with your hard-earned nest egg to start your own entrepreneurial project:  You need to load your desktop computer with an Operating System that can take care of your computing needs without gouging your wallet.
You may have grown up using that OTHER OS, but once you SWITCH to the Linux distribution version of UBUNTU, and get your hands on such a powerful computing experience, you'll find no reason for going back.
Here are the BEST reasons why you should go your own way like others before and choose UBUNTU.  You don't even need to be well versed in LINUX or UNIX programming to enjoy this awesome operating system--BE YOURSELF. 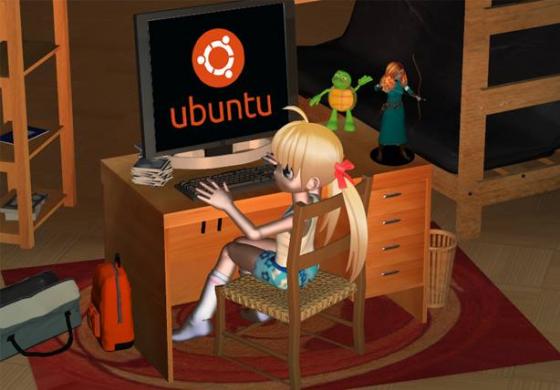 The Most Kick out of One Install

Windows might bleed  you with rather steep system requirements.  Not only with the choice of OS (Home, Basic, Professional versions) but with each application you buy (adobe apps, 3dsmax, Blizzard games ) for that OS environment.
But what if you got gear from 3 years ago?   UBUNTU just runs fast with what you have--(there is still optimal hardware choices to make) and even the bundled apps zip by wthout too much expense for hardware add ons.  A standard 1 GB memory, and a decent dedicated video card working off a processor from 5 years back will run UBUNTU just fine.
If you run stuff like BLENDER or other dedicated media software you might need to get a faster processor or additional memory but you don't need the latest bells and whistles which are the most expensive.
Each Install of UBUNTU is like Christmas

If you want to run specific media applications and other stuff on Windows, you got to pay for them, and each upgrade costs a nominal price.
You pay for every installation  you make on EVERY computer you use with Windows and with each App seller for the Windows OS.  This is how Windows and its app makers make their money.
Ahem.  With UBUNTU, not only do you get a FREE Linux version OS, but each version of the OS comes bundled with apps for FREE!  Or you can download them from the UBUNTU website for FREE.
There is even that special easy to use version called the UBUNTU Uniiversal Edition (running to version 4.0 as of this post) that is bundled with a computer store's worth of apps.  Install one on each computer you use for FREE.

You get Open Office--a complete office application package, with a full spec word processor, spreadsheet app, slideshow app , database app.  It comes with The Gimp (image editor)--something like an Open Source Photoshop, GAIM (instant messaging)  an app like Yahoo Messenger and Skype, and RhythymBox (music organizer).  And some more utility and media dedicated apps all for FREE.
Like iTunes, but FREE

Software and applications for UBUNTU can be downloaded directly form the Universal Repository in Ubuntu.  You can install or remove installations in one go and updates are automatic because Ubuntu (or Linux in general) uses a package manager that makes adding and removing apps fast and easy.  Apps you get are tested already so they won't break your system.  In Windows, one wrong download can crash your system.
No Piracy Worries

With Ubuntu you don’t have to pirate any operating system. A FREE OS with FREELY bundled applications!  Even if you buy genuine Windows product, you are forced to download spyware such as Microsoft Genuine Advantage which checks your OS on a scheduled basis.  Buying an operating system with spyware installed by default.  Yuck.

You've heard about the NSA checking everyone out including bugging Chancellor Andrea Merkel's phone for crying out loud.  Viruses and Spyware don't need to piss you off or endanger your online data and prvacy anymore.
Linux is a derivative of UNIX which was built on the foundation of security.  Access to files and apps within a Linux system is like entering a high security facility where EACH DOOR requires a password and even touching a file needs official permission.  Not to mention built-in encryption features.  Unlike windows where everything is accessible once you get past the firewall and the Windows system itself has built in 'spyware' (Yuck again).  No need to load antiviral and malware software so your processor gets freed from playing security guard and concentrates on the apps you are running.
The Latest Version every Six Months

Ubuntu is released with better features every 6 months.  Most of the bugs found in previous version are fixed and new apps are sometimes bundled too.  No need to get stuck with a sloooooow OS  waiting 5 years for the next upgrade which turns out to be a sloooower OS too.
Updates don't Need Restarting the Computer

Windows has this design flaw where some app updates require rebooting your PC.  With UBUNTU you can receive thousands of updates without having to restart your computer.  You can even download a new kernel (an OS upgrade) and still be running the previous one.  Software engineers call this feature  “robustness.”
Real UNIX Terminal

The default terminal in Ubuntu is Bash, a very powerful command line editor where you can use all the power of UNIX, compared with the Windows command prompt which just launches applications like DOS.  With Bash, individuals who understand the UNIX system can write scripts like good mad scientists to extend and increase the functionality of Ubuntu and make everyone's  life easier.
Community AND Fastest Technical Support

Ubuntu has been estimated to have over 10 million users and is by far the most popular Linux distribution.  Getting help is easier because communities like the UbuntuForums and IRC-client can answer any stumblingblock a newbie encounters.  Aside from online help, more books on Ubuntu book including training CDs, and even software training courses.  Ubuntu stands for humanity to others. You can get a technical problem resolved in a day. That's a very quick response time, and the amount of knowledge from the online community is astounding.
A Promising Future

Ubuntu has a dedicated number of volunteer developers, corporate developers and a dedicated user community keeping it alive and growing.  All because they love the project and what it eans to everybody concerned.   Development is organized with planned releases every six months. Scheduled releases bring marked improvements and new features to the operating system. In most cases, the newer Ubuntu versions can be upgraded from within without any re-installation! 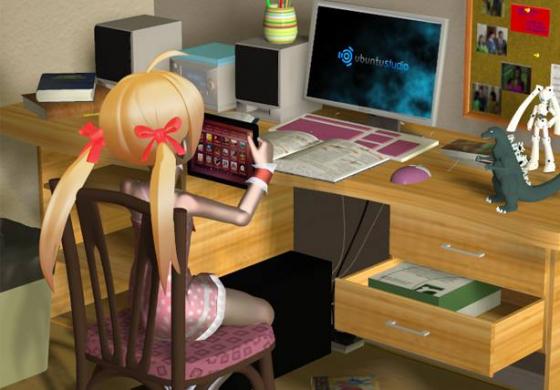 What other OS is put together and continually develloped in the multiple flavors the way Ubuntu has?  The Universal Edition is tailored for the everyday user who needs the most out utility of the box without bothering to tweak that much.  Edubuntu is for an education environment, students and schools needing an OS for EVERY computer with all the apps for their learning FREE.  Each version is custom fit and bespoke for its user group just the way they like it.
Choice

UBUNTU is all about freedom.  The Linux core makes sure  that users can choose among a SUITE of window managers.  You can extend any part of the operating system and adjust it to perform and look exactly the way you want.  Like getting your life back if you were stuck on a routine you couldn't change unless you kicked the routine. In Windows you have one interface that is still the same interface even with mods.
Try getting a download of the latest Distribution of either EDUBUNTU or the UNIVERSAL EDITION PACKAGE and get started with the most AMAZING open source OS around.  You'll regret not doing this earlier once you get the hang of the sexiest LINUX desktop ever.
ubuntu, switch to ubuntu, open source, os, operating system swith, tech buzz, linux