Bidden by a passion to learn English for cheap, the gaggle of Koreans, who tested the waters of our local educational system, has now become a tsunami wave of visitors!  Most checking the country out for everything else blessed, not just learning English.

Koreans check out our tourist spots now, emboldened that all the bad press about the Philippines is just a joke, and many of our Asian brothers are cashing in on business opportunities:

From a shipping port in Subic, being built by no less than Hanjin Heavy Industries and Construction Co., which is building a $1 billion shipyard, the fourth-largest in the world inside the Subic Bay Freeport Zone in Zambales Province north of Manila.  To small and medium scale business opportunities, like the South Korean entrepreneur setting up his own grocer at the most conveniently obscure yet accessible places in Metro Manila selling Korean staples like spicy ramen and milk tea, and ice cream even.

Many middle class Korean families too are choosing to live here and raise their kids locally rather than in South Korea.  Strange? 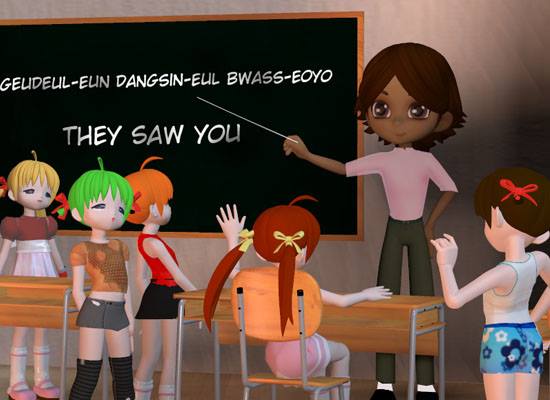 Learning English from the best tutors in the friendliest
country in Asia, Koreans love the Philippines!

Seoul is only four hours away from Manila, and the English language learning opportunities, the significantly lower cost of living, and postcard-perfect beaches have attracted practically most Koreans who can afford to travel and have a look-see at our gem of a country.

There are now over 100,000 Koreans living here too and they account for almost $1 billion in consumer spending each year. Mini-Korean communities are now scattered all over the country. Aside from the usual restaurants and groceries, there are Korean internet cafes, salons, spas, and churches.

Today, hundreds of these English language centers many of them catering exclusively to Koreans, as evidenced by their Korean language websites can be found throughout the Philippines.  Thousands of Korean students flock to the Philippines during the peak months of January-February and July-August school vacation time in Korea to take crash courses in conversational or business English.

Attracted by the affordable tuition and even cheaper cost of living, many opt to stay for 6-month to 1-year courses.

Even though some of the Philippines tropical resorts are pricier than their counterparts in Indonesia and Thailand, the cheaper airfare evens out the cost. The low cost of living and English-speaking Filipinos attract many Korean visitors to decide to stay.

Surveys show South Korean parents choosing to raise their children from high school to university in Philippine schools.  Koreans are really passionate about learning the English language and be as fluent as they can manage for a perceived successful future in business and in any career. 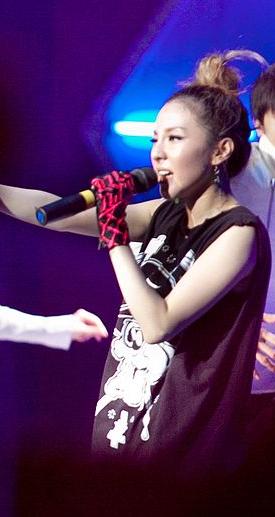 Kpop star Koreana-Pinay Sandara    cc2.0
P3140 for wiki commons
Filipinos are madly in love with Korean culture too: from Korean television dramas called Koreanovelas becoming blockbuster primetime hits, to Kpop music being even more popular than Western pop music among kids, and local fans being as rabid as everyone else in Asia.

The Philippine Retirement Authority is now actively marketing the country as a retirement haven for Koreans.  With our country engaging in the ASEAN integration movement of having accessibility to local facilities, from tourism to housing as seamless and painless as possible.