Heavy Water (Deuterium) Is an Untapped Energy Mine for FIlipinos

Why is CHINA ramping up its bullying tactics to encroach on Philippine sea territories? For oil deposits? Hardly.

Heavy hydrogen builds up naturally all around the country's deep water coastline and particularly in the Philippine Trench. Heavy Water sources in The Philippines is estimated to earn billions per year in foreign curency income from deuterium processing as an energy resource. Deuterium is already HYDROGEN WATER without oxygen.

The World’s largest deposit of Deuterium is in the Philippines – The 'vein' stretches 868 miles long, 52 miles at widest point, and 3 miles at deepest point, replenished by nature 24 hours a day. Water is channeled by the planet earth's own unending perpetual motion from the span of the Pacific Ocean into Philippine territory and depth pressures create DEUTERIUM naturally so the country has a resource that is naturally replenished and will never run out. At depths of more than 7,000 meters below sea level and at more than 10,000 psi pressure, water channeled into the Philippine trench is changed into deuterium via the natural process. Concentrated Hydrogen exists only about one centimeter thick in every 3,000 meters deep of water mass at the ocean floor. 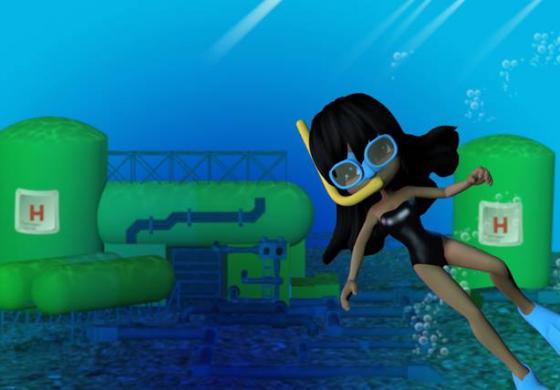 (Hydrogen) Li-Hy Fuel is now used in the West and even by Japanese car makers to provide fuel for all sorts of vehicles. If the world eventually runs out of carbon fuel or if political unrest in the Middle East create impossible economic problems, Deuterium can replace gasolinea and all carbon fuel derived energy fuels for powering all types of internal combustion engines. Hydrogen emissions do not cause any environmental problems because nothing but water vapor or steam is prouded from the combustion of hydrogen as fuel.

THE TECHNOLOGY to MAKE it HAPPEN?

Hydraulic pump technology that uses the natural movement or flow of the ocean is already used to produce electricity from tidal currents but can be reconfigured to suck in and pump Deuterium from more than 7,000 meters below sea level. A storage system can make fo of underground tanks or a surface tank farm. But a commitment from the Filipino government to mine the energy should stand against political opposition from everyone else with vested interest in carbon fuel energy. Faced off against such overwhelmming politico-economic sanction, will the Filipino government stand its ground and choose to make the earth a better place?

With a constant revenue stream coming from deuterium mining, we can expect all manner of development as what happened to the Middle East and financial centers of the world from the mid 70s to the early 80s when oil revenues fed national infrastructure improvements in those respective countries. Does the Philippines choose to make a go of it and keep China's paws off our own national and international waters to change the world?