Giants Walking the Earth? Nephilim and the Anakim...

August 13, 2014       Unravelling Mysteries
Giants Walking
the Earth?
The Nephilim and the Anakim's
Reign of Terror

Source of the Scourge on Mankind
In the extra-biblical texts such as The Book of Enoch ( which used to be part of the Bible which even Jesus and the Apostles acknowledge as Hebrew teachings from the Lord, then taken out by Catholics excising all elements of fantastic description from the Bible including the Gospel of Thomas ), a passage reveals that the offspring of the Fallen Angels were malevolent in ways unnatural to human flesh, in essence corrupting what God had made in His own image and turning them into abominations when they took human females as they pleased, producing offspring such as Giants, monsters of legend, and demons.....as flesh and blood abominations.
In Chapter 19 of the Book of Enoch, the passage goes:
And Uriel said to me: ’Here shall stand the angels who have connected themselves with women, and their SPIRITS ASSUMING MANY DIFFERENT FORMS are defiling mankind and shall lead them astray into sacrificing to DEMONS as Gods, (here shall they stand,) till the day of the great judgment in which they shall be judged till they are made an end of. And the women also of the angels who went astray shall become SIRENS.’ 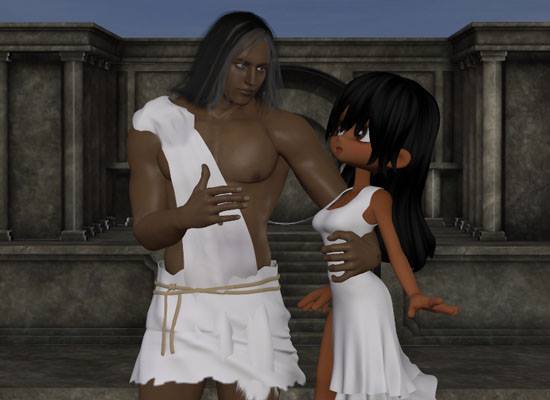 A Fallen angel taking a Daughter of Man for his wife, their children:
the Nephilim and offspring of the Nephilim becoming either heroes
of renown or grotesque giants and monsters.
Because the renegade angels assumed physical forms that were different from humans created in God's image, mixing DNA via sexual intercourse with deceived or seduced human females would create extraordinary hybrid creatures that would possess unnatural spirits with inhuman powers inherited from their non-human rapists, the Nephilim—offspring that can also be described as the 'Strangest Creatures' on the planet or those mythical beings of lore and myth.

With this in perspective, you understand better why the Lord would have wanted to destroy all such abominations from the face of the planet lest they spread elsewhere, so the Great Flood wasn't a genocidal act as most non-believers point out.

Nephilim were the children of Fallen Angles, evil spirits in strange flesh with different and often unholy appetites from the normal human beings created by God.  These unusual giants and fallen offspring would go on to influence the human race, teaching man how to build weapons to kill each other for sport, and to build fiefdoms of power, hoarding material wealth as symbols of their insatiable appetites.

Not only would Nephilim go unto woman to breed abominations, they would even mate with animals that the Lord made, from beasts to birds and reptiles to create half-human, half-animal corruptions with strange powers, but some of the children of the Nephilim or even some chosen heroes by the Lord among the humans would perform heroic deeds and exterminate the abominations in quests and adventures that would become part of many nations' culture's lore and mythology. 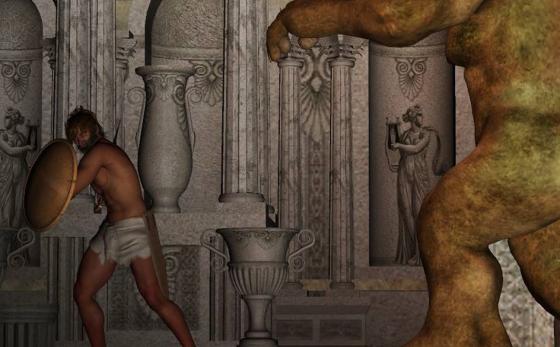 Hercules who is supposed to be the son of Zeus, might be the son of a
Nephilim  around whom a legend was crafted for both his heroic deeds
and his eventual fall from grace himself as son of a damned celestial.

Unfortunately, some of the abominations were worshiped as deities and gods because they did exhibit strange powers no mere God-created human being possessed.

It was a time for a great many wonders and feats that were recorded in scrolls and oral traditions of various cultures as legends, from hydras, to minotaurs, to dragons or fiery seraphim as they are sometimes known.

The Great Flood, which destroyed majority of these abominations, is actually recorded in almost all cultural mythologies from East to West, to remove the blight of the Fallen Angels offspring.

The supposed gods worshiped by nations destroyed by God such as DAGON of the Philistines, (supposed to be a half human and half Lion with unnatural powers ) were most likely strange beings resulting from Nephilim mating with animals AND humans.

The ANAKIM or Giants

Aside from the Nephilim-Animal hybrids or the fabled monsters of lore, the Nephilim-Human hybrids or what became GIANTS or Anakim were also distortions of the natural form of man, and possessed appetites so inhuman, like cruelty, a greed for gold, a lust for war and an insatiable want to possess as many human females as they could.

Most of the monsters you find in mythologies and lore of ancient times aren't fanciful tales but actual accounts of the corruption of humans by malevolent spirits taking on forms as strange and powerful as they were Evil. And people could describe their world at that time in the only way they knew how, as they saw fantastic and incredibly powerful beings wreaking havoc on their world. 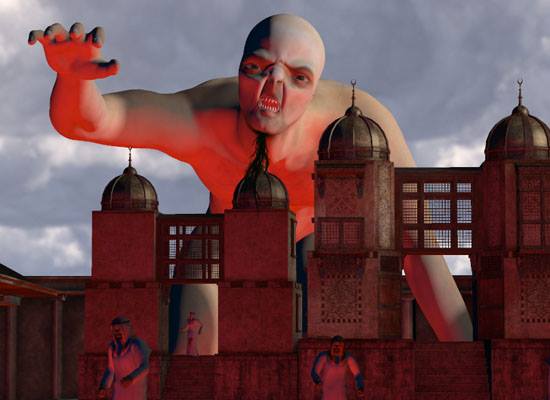 Giant "Nephilim" are described in the Bible to stand up to 100 meters tall, most likely because of the genetic anomaly from the unholy breeding between human and fallen angel that made unnatural combinations of beings possible.

Such powerful superhuman beings would be able to build structures no mere human could. It may be that the Giant "Nephilim" were the builders of most Pyramids in Egypt, and if you check Google Earth and find that eerie road of sorts, like a mining tunnel connecting to various geographical areas that are now continents...you will also see them linked what look like enclosed cities now submerged underwater, but with scales far larger than mere human settlements would have looked like in ancient times. 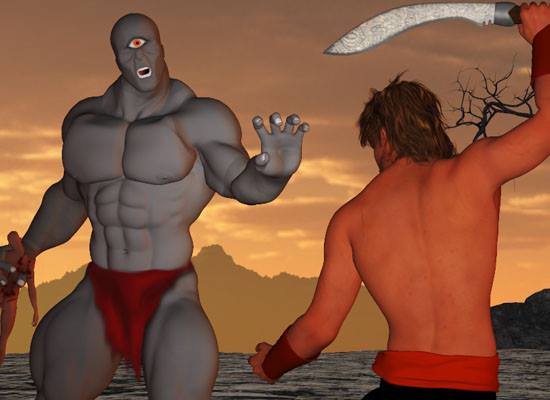 Sinbad may also have been a hero as either a human champion
or a son of a Nephilim fighting against the grotesque Anakim
like the fabled Cyclops.
ANAKIM After the Flood

You would think that the Great Flood would eradicate all the abominations on Earth, but there most likely a remnant of them which may have survived the flood, Giants who settled on certain areas known as higher ground and identified in the Bible as nations of Jericho and other idol worshiping nations.  These are most likely the reason why wars continued between the people of God and the remainder of the fallen offspring and their subverted human tribes.  This may be why the Israelites were charged by the Lord to take out these weakened remnants, city by city, nation by nation, until they were all wiped out.

It wasn't God playing favorites among humans, but God helping humans save themselves from the scourge of the unholy nonhuman abominations from ever coming back in number and vileness as they were before the Flood.  Exterminating every last bloodline harboring Anakim genes, from the war-like Ammonites, the inhabitants of Jericho, to the nation of the Philistines. 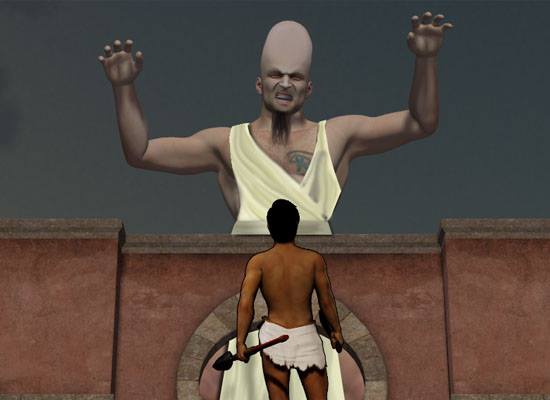 Nephilim offspring also turned out to be quite evil, giants such
as the race of the Anakim, as well as several other giant races
mentioned in the Bible, all of whom were eventually annihilated by
the Nation of Israel.
anakim, nephilim, heroes of renown from genesis, fallen angels, unravelling mysteries, giants on earth, giants slain by joshua, goliath of the philistines, biblical giants, giants of roman and greek myths