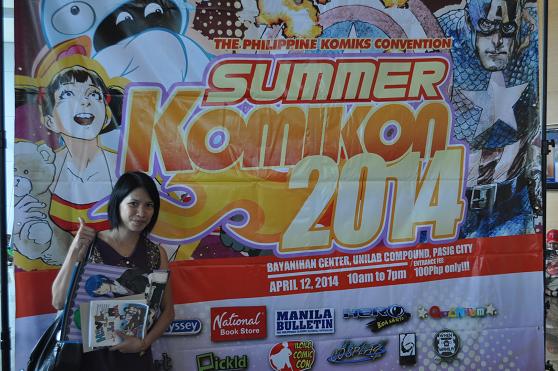 Reach Magazine's very own Grace Culala poses beside the KOMIKON 2014 banner
The yearly SUMMER KOMIKON is an event that everyone Comic Gook and Fanboy or Fangirl Mangaka in MANILA saves up for.  At least a week's allowance for students and half-a-month's allowance for those lucky enough to have a monthly paycheck.  All for buying the most precious of all things that can be read:  COMICS!

This year's visit to the SUMMER KOMIKON 2014 is no different.  The previous hostings at Pasig Bayanihan Convention Center have provided the organizers a chance to plan smarter and keep everybody involved in the blessed world of comic books happy, still greedy, and after the visit--content and fulfilled.  Until the next KOMIKON later in the year, where they become crazed again.  Reach Magazine joins the event with DynamicMind Publishing's own roster of freelance artists for their Imaginarium imprint headed by mangaka, Columbia Kho.  Reach Magazine also distributed free copies of its new format publication at the event. 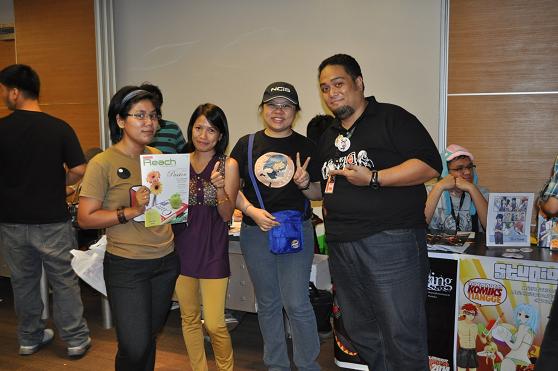 Reach Magazine enjoyed the day with comic artists Pocholo Roman Saez (Peaches In Heaven),
Columbia Kho  (I Refuse Rue), two exciting stories featured in Reach Magazine.
For visitors at the KOMIKON, creator autographs can be had for free.  And all the famous artists, the dedicated illustrators, the spellbinding storytellers, and even the wanna-bes, all sign their own books and have their special place at the comic book convention.  There are as many guy creators as there are female comic book creators.  All their work is something you should not miss, not for a typhoon even.  Just keep your comics dry.

At the KOMIKON, there are tables set aside for the Indie artists or self-publishers who photocopy their self-made comic book issues by the 50s or hundreds to sell at the KOMIKON to their small yet growing fans. Some kids band together to form their own comic book studios, while others join alliances of artists, and some still prefer to go solo and display their latest plot driven adventures or super-hero stories at the KOMIKON, twice a year, year in and year out.  We who do such things are not loony for doing so because we love visual stories and as Filipinos we have a glorious comic book culture, something  shared with us by the Americans, that we still seek to revive, enliven and sustain no matter what doomsayers say.

After all, a progressive country such as Japan is sustained NOT by religion nor by a work ethic of innovation and patience, neither by modern technology---BUT by MANGA and ANIME, both of which provide divine inspiration, heroes and characters to emulate and give moral balance, and believe it or not, the most outrageous ideas for innovation for old and new technologies.  Something to remember and carefully consider when everyone else sniffs at your hobby or work if you tell them you are a comic book creator.  If an entire nation's culture and progress can be traced back to its love for comics, then we still have a good hope for the future. 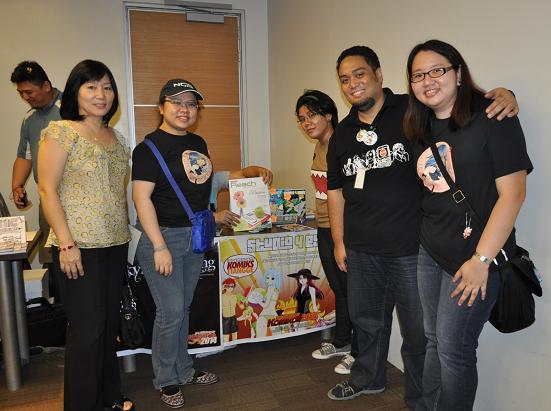 The other reason for going to every KOMIKON is to grab all the discounted comic merchandise available because you never know if it will be the last KOMIKON before the world ends.  That means the only comics to be had will be what is in your collection.  You can relive those blessed memories by just reading a comic book so grab all those P20 to P50 bargains stuffed in those bins and complete a series run or an artists' run or keep that kid in you alive even as you are older and grab the latest manga collections, artists' folio artbooks , new graphic novels, and even toys!
Kids also visit the KOMIKON to dress up as their favorite cartoon hero or comic book superhero or mange / anime idol.  Even adults who love comics do the same ritual and it isn't anything to be snooty at because everything is done in the spirit of comics and that alone is noble reason enough to go as anyone, even as The Devil (if you're brace enough to do it as the enemy of the Powerpuff Girls).  Heeh. 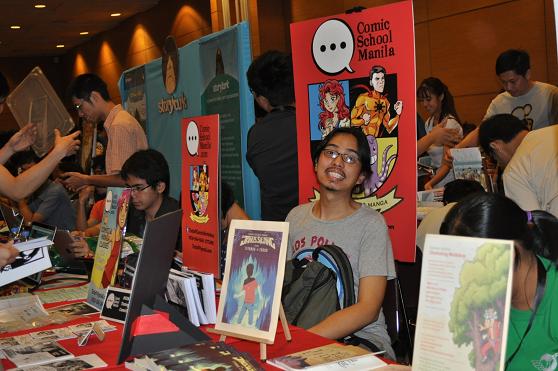 Participants of the recently concluded Komikon posed for
Reach Magazine as they showcase their creations.

The Komikon only happens twice a year, the first event is held during the summer, and the second event is held  before Christmas.  Never miss one.  There may be other 'Comic Conventions' around but the most bang out of your buck, for fun, selfie photos for your social media, for grabbing a TON of loot, and for barter gold, can be had at the KOMIKON.
summer komikon 2014, reach, imaginarium, comic book fans, comic book artists