Own A Ghost Town in Spain for a Song!

March 19, 2014       Within Reach
Dream Country
Ghost Towns for Free in Hispania,
in Galicia and Asturias. 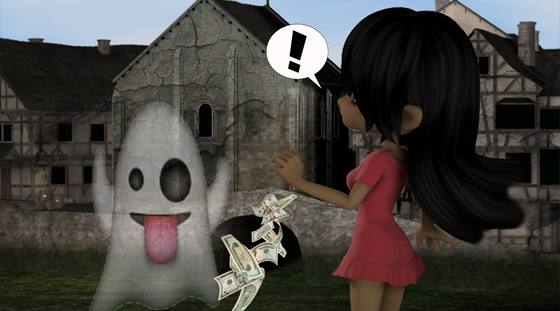 You won't believe this, not even when your read it and check it on the handler websites.

YOU CAN BUY GHOST TOWNS.  Some for FREE.

Not just a house remind you.  A community of abandoned houses, thousands of them.  In the green countryside of Galicia and Asturias, and other rural districts. In Spain.
Hamlets so totally rock.  Even if crumbling rock it is, you can't get anything this amazing for settling down or as retirement investment anywhere else.  Everything IS a fixer-upper, and the local government won't allow a sale unless you restore the buildings in the place, so you will end up spending a small fortune for your OWN retirement paradise in Spain.  The Brits know a good deal too good to be available right now and for how long, so they have been gobbling up villages for cheap then restoring the medieval hamlets for their own personal Off the Grid 'Lord British' turf in Hispania.  Still thinking of settling down in a third world paradise?  Nothing wrong with that of course, in some places you even get to live like a king.  But for a genuine medieval hamlet of your own in Spain!
Property specialists claim that 80 per cent of the purchases are made by middle-class, middle-aged foreign buyers.  All of this is approved, supervised and  encouraged by local officials in Spain as a way of preserving their cultural heritage, reviving the countryside communities and benefiting from the retirement community market seeking as unique a nest egg as they can find.
To qualify for purchasing a village, a successful applicant must present a development project for the ghost town, some dating back to the 15th century, and still preserve ALL the buildings in the hamlet. A dedicated website called aldeasabandonadas.com specializes in handling the sale of the medieval ghost towns.
Most of the abandoned towns were deserted by migration to larger cities for better job opportunities or elsewhere for better farmland.  Spain's National Statistics Institute lists around 2,900 empty villages across the country.

Almost half of the hamlets for sale are in Galicia, the rural region  home to the famous pilgrimage site of Santiago de Compostela, and the neighbouring region of Asturias.  The economic crunch in Spain has led some owners to let go of their properties as well.  Most were farmers and rural craftsmen whose income could no longer allow them to repair their own homes and the influx of cash from selling their property offering better promise than hanging on to derelict habitats.
If you make it good anytime soon, and are looking for anything like some fairy-tale-pretty, countryside hamlet in sunny Spain for the best deal, you won't really regret plunking down for living in the beautiful Asturias like Allen Schezar.  Or like Howl in handsome Galicia.
ghost towns for free, hamlets for sale, spain real estate, retirement opportunities, off the grid in europe, within reach, lifestyle