January 7, 2014       On Higher Ground
The Emoto Music Experiments
Masaru Emoto Shows that Music and Thoughts
Affects Water Crystal Formation
Some skeptics might doubt that some Christian Priest praying over a container of water, to be poured into their Church’s marble sconces can bless or imbue the water with healing and divine energy using just prayer or words that give a positive message.  Water to everyone else might just be H2O and nothing more.  Despite understanding water’s fundamental molecular simplicity, scientists have yet to understand how the molecules combine to form structurally unique clusters. 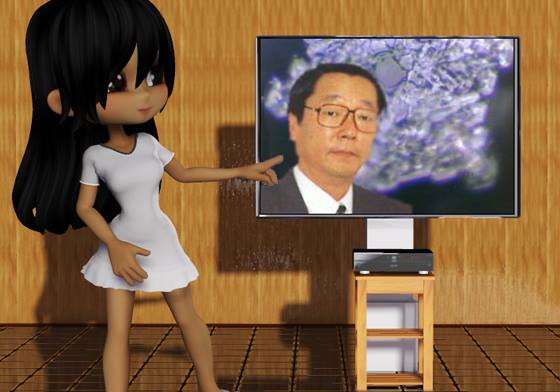 A revealing insight into why long-standing traditions exist of “blessing our water” before we ever consume it:  Doctor Masaru Emoto became renown among hipsters after publishing results of an experiment where he used music AND written messages to check if such seemingly benign forms of communication hold energy to physically affect water and create different crystal forms according to the kind of message and music the water 'hears.'

Music was tested first and a fresh container of water was placed next to a pair of speakers before being frozen to get the kind of crystal formations.  Classical music played to a water sample resulted in well-formed crystals with distinct characteristics. In contrast, the water exposed to violent heavy-metal music resulted in fragmented and malformed crystals at best.

It's the Thought that Shapes

Next thing was the messages, Doxtor Masaru Emoto wrote words or phrases like “Thank you” and “Fool” on pieces of paper and wrapped that paper around the bottles of water with the words facing in. It didn’t seem logical for water to “read” the writing, understand the meaning, and change its form accordingly.

Emoto continued the study into the effects of prayer, blessings, and spoken words.  Not surprisingly, his results indicated that water crystal formation was also sensitive to ‘messages’ from sound/music or written words.

“Molecules of water are affected by our thoughts, words, and feelings,” says Emoto.  Although all of this was brushed off by other scientists who tried to replicate the experiment via double blind testing and emotionless expectations but failed to come up with the same results, Emoto is still happy for his “research.”

Maybe a quantum theory can be had for explaining how all of this ties up with each other.  Forget the lifecoach hoodoo riffing off 'The Secret.'  Any 'emotive' power that ties up everything is certainly something that can be comprehended and should be more incredible than just whimsical hipster inspiration (don't you abhor life coaching).