Philippine ToyCon 2014: Another Loot Grab for a Month's Salary

A big event for toy collectors and cosplayers alike is the annual Manila Toycon.  At the 13th Philippine Toys, Hobbies, and Collectibles Convention, a 3-day event that started on Friday (June 20) and ended on Sunday (June 23).
Highlights of the events were Batman’s 75th Anniversary, Marvel’s Guardians of the Galaxy and the Rurouni Kenshin exhibit.  So if you were smart to save up your allowance or lucky enough to have a salary and set aside half or it, you should have enjoyed one most enjoyable shopping Christmas in June!  And they do say that Christmas in Jerusalem happened in summer not in winter, so be more blessed with the first ToyCon of every year! 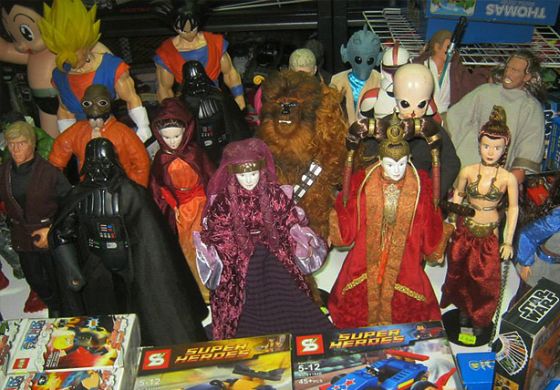 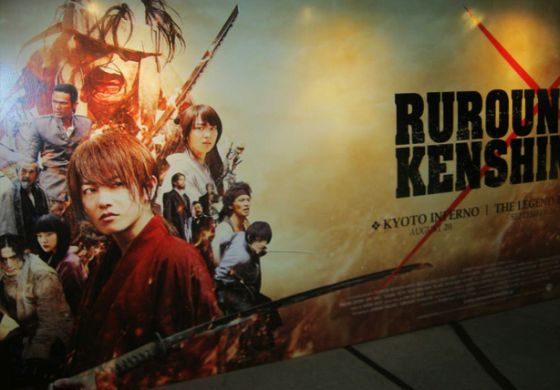 ToyCon is a collector’s event and a lot of these collectors come early just to buy a particular figure or toy. It’s a treasure hunt for most hardcore toy collectors out there – the early bird gets the best toys first! 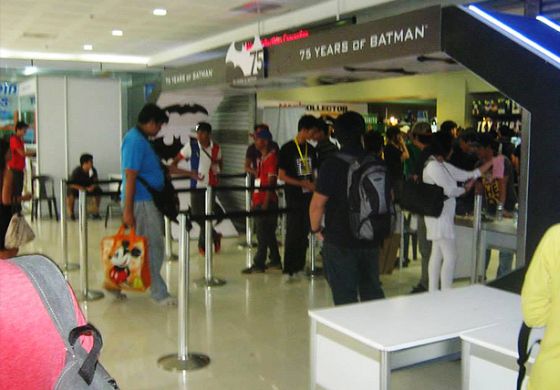 This 13th ToyCon had Disney official merchandise, Warner Brothers, Toy Kingdom, Anime Alliance, Facebook, Cannon, and even ABS-CBN.
Also on display were 4 of the actual costumes that were used in the Rurouni Kenshin live action film. There was Kenshin’s kimono, Sanosuke’s white happi jacket with black trim.   Also on display was Aoshi Shinomori’s Western dress in the form of a deep blue, collarless short-sleeved dress shirt with a goldenrod trim. 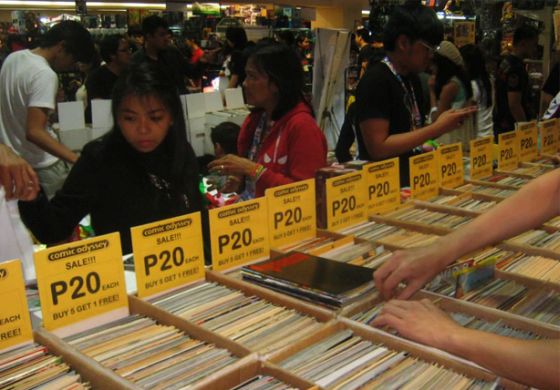 Comics were also available in tens of boxes, and the prices ranged from 20 pesos to a few hundred pesos for some collectible issues, and when we say collectibles, I mean rare comics! Rare toys were also on display everywhere. Now, these toys are way too expensive and are only for the hardcore aficionados and die-hard collectors. 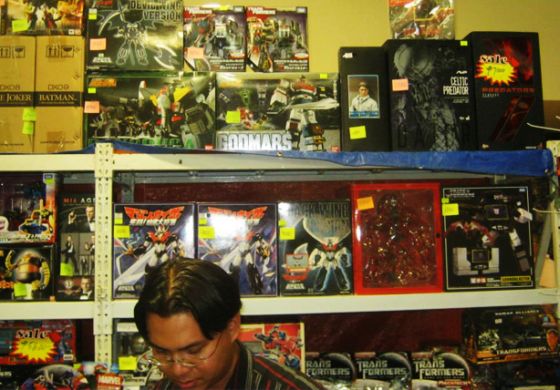 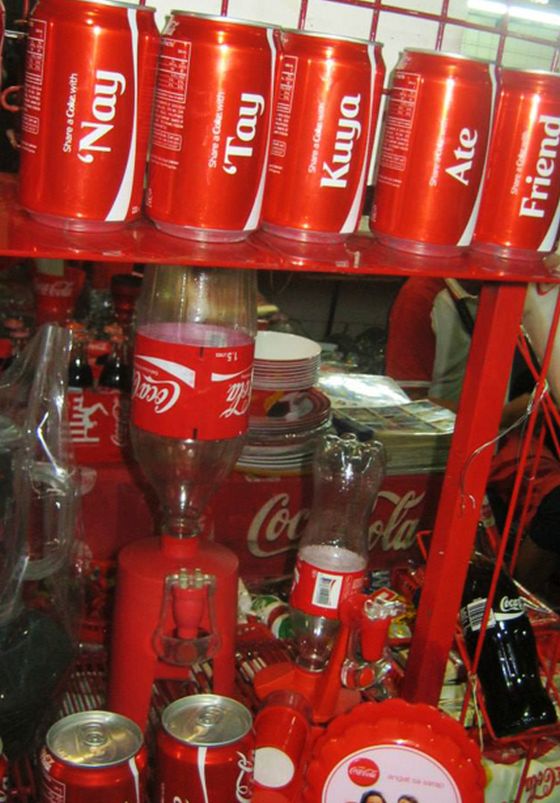 There were old Matchbox cars, some Voltes V die-cast classic toys, Voltron and other old robot metal toys, and even a booth dedicated to vintage Coca-Cola toy collections.

But not everything at the ToyCon was “old.” New toy lines from recently shown movies were also on display like Disney’s Frozen with an original Frozen doll available!, Pacific Rim action figures of your favorite Kaiju fighting mecha, and World of  Warcraft's latest collectible action figures of their fantasy characters.  A 3 foot tall Godzilla too! There was even a Breaking Bad action figure, which in the U.S sparked a huge controversy as some Christian groups wanted the toys banned for children because they had 'ice meth' accessories. But Breaking Bad is an adult TV series and its toys are meant for adults. There were also the usual figures from Star Wars and Lord of the Rings. 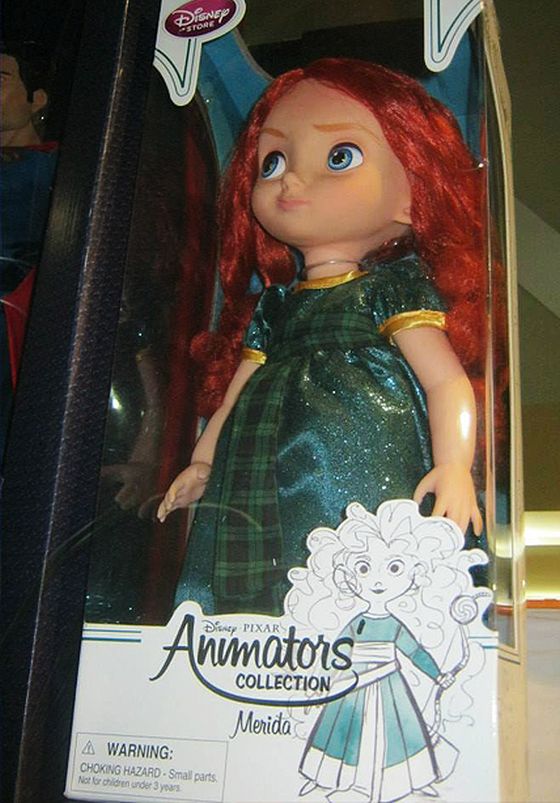 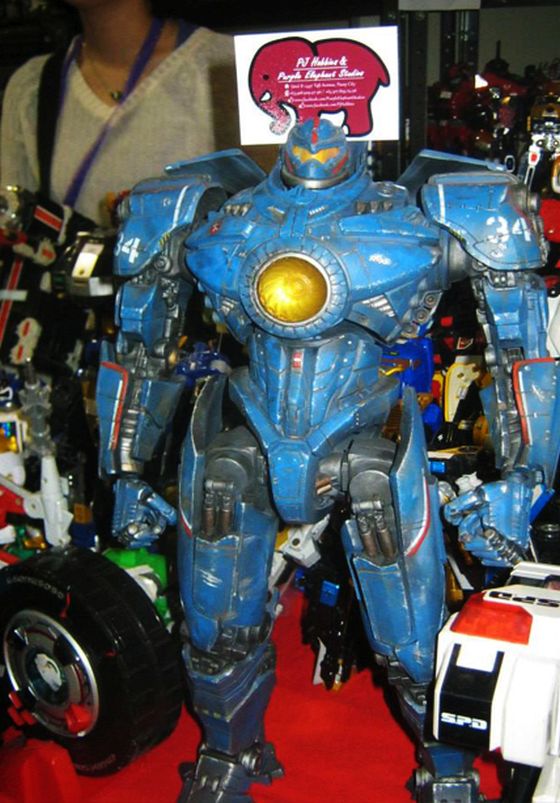 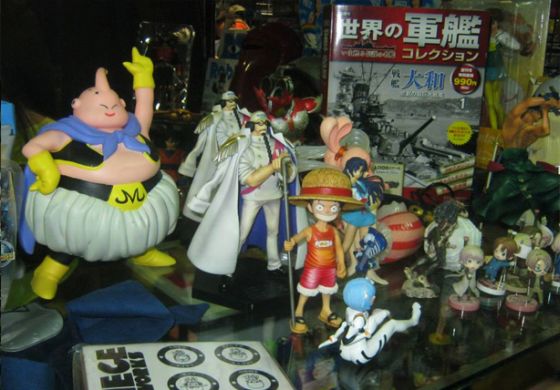 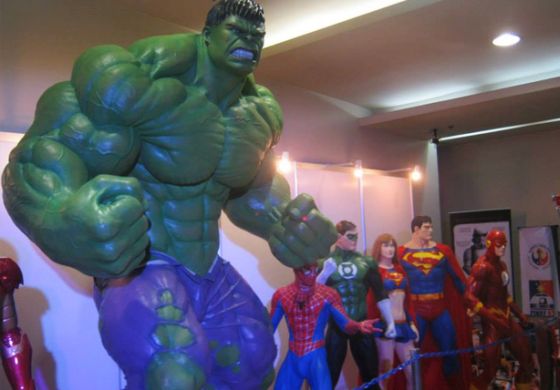 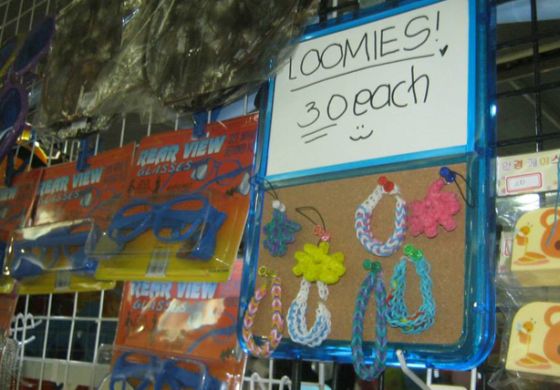 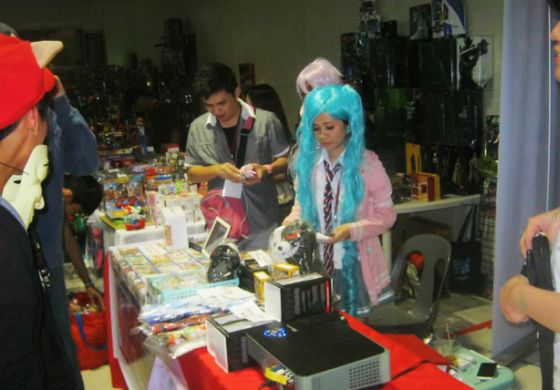 The ToyCon is not only for the crazed toy collector.  During every ToyCon, crazy cosplayers from all over the city gather to find out who’s the best at making AND wearing the best costume inspired by a superhero or cartoon character.  So there were booths that sold all types of cosplayers paraphernalia, from colorful anime wigs to some “weapons” that looked very real. The Cosplay Queen of the Philippines, Ms. Alodia Gosiengfiao even had her own cosplayer’s booth. 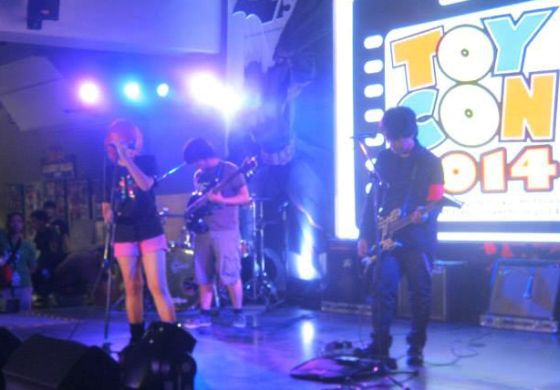 The band Itchyworms was also there to sign some autographs and UNO magazine sponsored a autograph signing of sexy models Ryza Cenon and Roxee B. The Mocha Girls also performed live and there were concert held every 6PM. Jun Asilao also displayed his life-size superhero collections and other figure collections from different collectors were also showed. 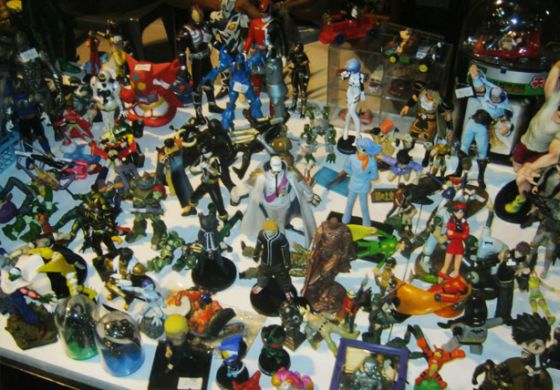 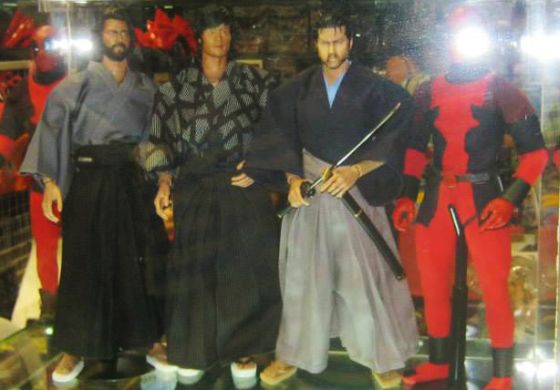 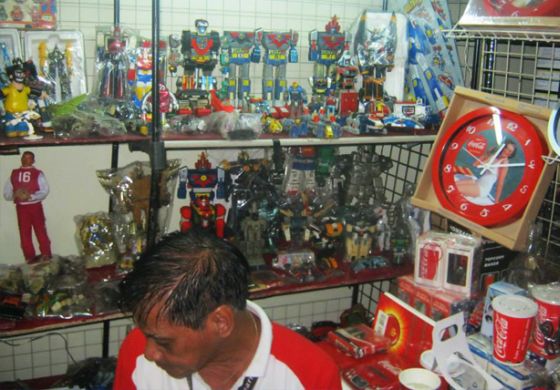