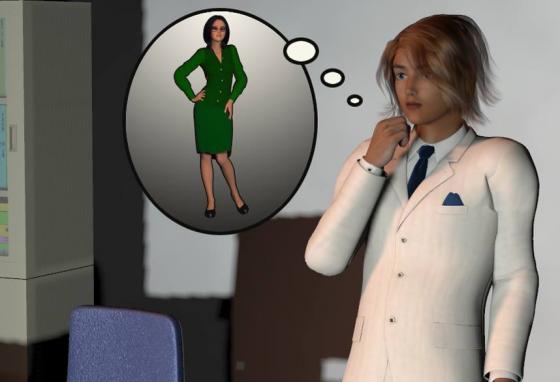 Gisella Ling, Darrien's girl, was the only perfect thing in an otherwise droll academic calendar with other stuff and rude teachers for spunky Mika Okudoy.

Darrien walked around the corridor and saw the troupe of girls doing their regular scam of stealing paparazzi pics of him. He knew it was a ruse, but he was a trouper and smiled at the crazy kids just doing what crazy kids do when they’re young and have too much time on their hands. He made every effort to make them learn College Geometry as best as he could. And even though they would stoop to really lowball shenanigans by dropping his class and taking it again or stealing consultation time from needier students, he did his best to be patient and be a role model to kids and bear through all the foolishness and just teach. Something he enjoyed doing ever since he got first started as a volunteer and after he got his license from the Dep Ed.

Darrien would never fall for the obvious traps like supposed hitchhikers in the middle of the road trying to get a ride in his old jalopy. Or invitations to the sorority house for all-nighters. The girls were no longer jailbait but he was no rabbit in heat. There were times when some of the more daring girls would catch his fancy for half-a-minute as he remembered being their age and having his own hormones to keep in check when he had a really big crush on some gorgeous classmate but that would blow off as he remembered they were just being what all kids are when they’re growing up and figuring out that they really dig guys or girls.

His Rinoa Heartlily, nee Gisella Ling was the sweetest girlfriend and he planned to marry her soon.

But soon was a little ways off at the moment. As hard as he tried to brush off the idea, there was one girl who kept getting his attention even as she was only a sophomore getting by in the rough and tumble of college life. Mika did not even look like a doll, like some of his more amorous admirers. And she was even taller than he was and looked like someone who would never put up with the silly fag hag, the rest of the girls did to get his attention. Mika looked like some librarian’s assistant, thick round glasses, tall and thin from the waist up, with a chest like a boy’s but with flaring hips, a tight derriere, and dancer’s long legs. She was hot and she didn’t even know it, and she dressed like a librarian’s assistant.

He wanted to ask her out for a friendly date just to get her out of his system, but he was rather tentative about it because it might backfire and he might never want to let go of her even as he already had Gisella Ling. Something about Mika Okudoy just kept on nagging at him, he wanted to know more about her and he didn’t want to be just her friend. She also seemed very interested in meeting his girlfriend and they seem to get along well so maybe he could find out what it was that kept his radar flagging Mika as someone interesting even if he was committed to someone already.