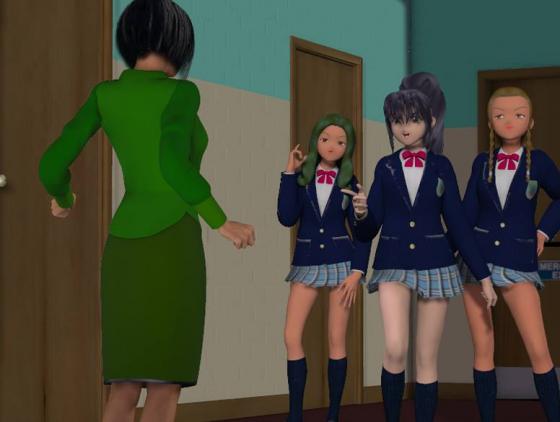 As soon as ‘Rinoa Ling’ had left the canteen, Mika whooped it up by punching the air and squealing under her breath—Yesssss!

Her uncle was putting up this nightclub not far from downtown. It was the sort of gig like the Whiskey Ago-go in Los Angeles where rock bands would perform every weekend.

But her uncle was an oldtime shoegazer fan who wanted to set up a local venue for local shoegazer bands to breed and spread the rage for Gaze in Manila. She had seen Gisella’s surreal paintings during her solo exhibit at the College Art Museum and she thought it was a pefect gig for her soft-spoken friend whom she wanted to unfriend and be more than a friend to, if the Moon Godess would grant her a boon.

And if Darrien would visit the club then even the girls from school would hang out there and it would get more bands to check out her uncle’s place and it would be cool.

As Mika was walking home from the college, smiling at herself and remembering every word of her conversation with ‘Rinoa Ling’ she was suddenly confronted by 5 girls who looked like they wore too much eyeliner and lipstick in that Kpop style that she found annoying.

"Hey runt, you Okudoy girl. Why were you schmoozing with Darrien’s girlfriend Rinoa-chan, huh? What are you up to, you Chinese witch. Think because you’re Chinese you can be selfish and steal Darrien’s heart too?

"Hey Olga, I think this is that Chinese girl who used to date Jake’s goth sister Mortenebra. She’s not into guys not even Darrien. She’s preying on his mate—‘Rinoa Ling’. Bwahahaha. What a joke! Thought you were trying to go sneaky on the rest of us. No fair if you were."

"Is that right? You’re Mortenebra’s fag hag? Bwahahaha! Hey I remember you. You used to wear your hair like a bob and wore different color contacts. Mika Okudoy the goth girl. What happened? Ooooooh I know. ‘Rinoa Ling’ hates goth. So now you look like a MOE girl. I see. Hey cool. You can hook up with ‘RInoa-sexy’ all you want. Good for you if you get lucky. Better for us if you hit the jackpot."

The girls started slapping Mika’s back to her embarrassment.

She hated an estrogen war among these morons. So she put up as best a front as she could knowing these witches wouldn’t even spread poison stories because they wanted her to get lucky as bad as she did for the worst reasons ever.

But she’d never let them touch Darrien if she could help it.

She respected ‘Rinoa Ling’ as much as she did. And one thing they didn’t know. The reason she broke up with her goth fag hag was that she got caught by her ex-girlfriend trying to do it in the laundry room with the ex’s older brother. He was always interested in her anyway and he looked like a girl, and smelled like one too so she thought why not. Boy it’s really tough to share the love around. Everyone’s sooo selfish.