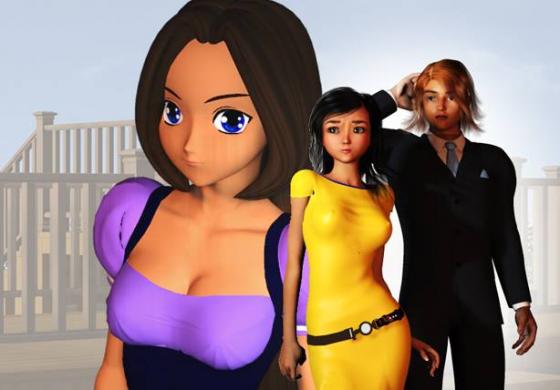 It is the start of the semester for the new school year at Imelda Makrosse College and as usual, all the returning students have familiarized themselves with what college is and they need not bear 4 long years without their own methods to madness…

“Be careful, pretend you’re taking a picture of Mirari when he comes around,” squealed Ishtar, a senior who never wanted to leave school so she kept taking back subjects so that she would stay forever because the college did not have any residency rule.

“Okay when he walks across, get ready everybody,” whispered Drew, a sophomore who had been part of the stalking troupe of girls and girly-boys for a year now.

The crowd of girls had congregated along the corridor leading to Mika’s college geometry class. Most of them were members of the most popular sorority in her college. Others were just star-struck, fag hags chasing after every pretty guy in the college. All of them did the same thing almost twice a week at the same time in the afternoon. They were stalking some poor bloke whom they wanted to jinvite to their notorious weekend parties at their sorority house in Imelda Makrosse College.

Mika Okudoy was annoyed to death of this ridiculous ritual by the fawning tribe of kikay schoolmates.

Then the object of their affection rounded the corner walking slowly looking like he had no idea that half the female student population in the college wanted him to be their boyfriend / lover or whatever he could be that included them.

He was 29 but looked like some 19 year old androgynous girl. In fact he was rather very pretty for a guy and handsome unlike anything the female population of Imelda Makrosse College had ever seen. He was tall and the all the girls were excitedly gossiping about him and the handsome librarian being an item. He even had a ponytail which made him look prettier than even the most doll-like beauty on the college.

Darrien Keljoran walked nonchalantly across and smiled at the group of girls who, with their cam phones out pretending to take a shot of a female friend in an outrageous cosplay outfit, were actually taking shots of him as he passed by and smiled at them.

These witches must really be desperate to do this same thing every week for an entire semester just to get a cheap shot at a paparazzi pic of Prof Darrien Keljorran. Last semester it was a different scheme, they would take turns pretending to hold consultations with Prof Darrien but had some hidden camcorder recording the conversation and the witches would supposedly view this en masse in marathon at their sorority house.

Still Mika wasn’t surprised about the whole shindig. Even the female professors swooned over him and a few of the male teachers forgot they were even male sometimes when they hung around him.